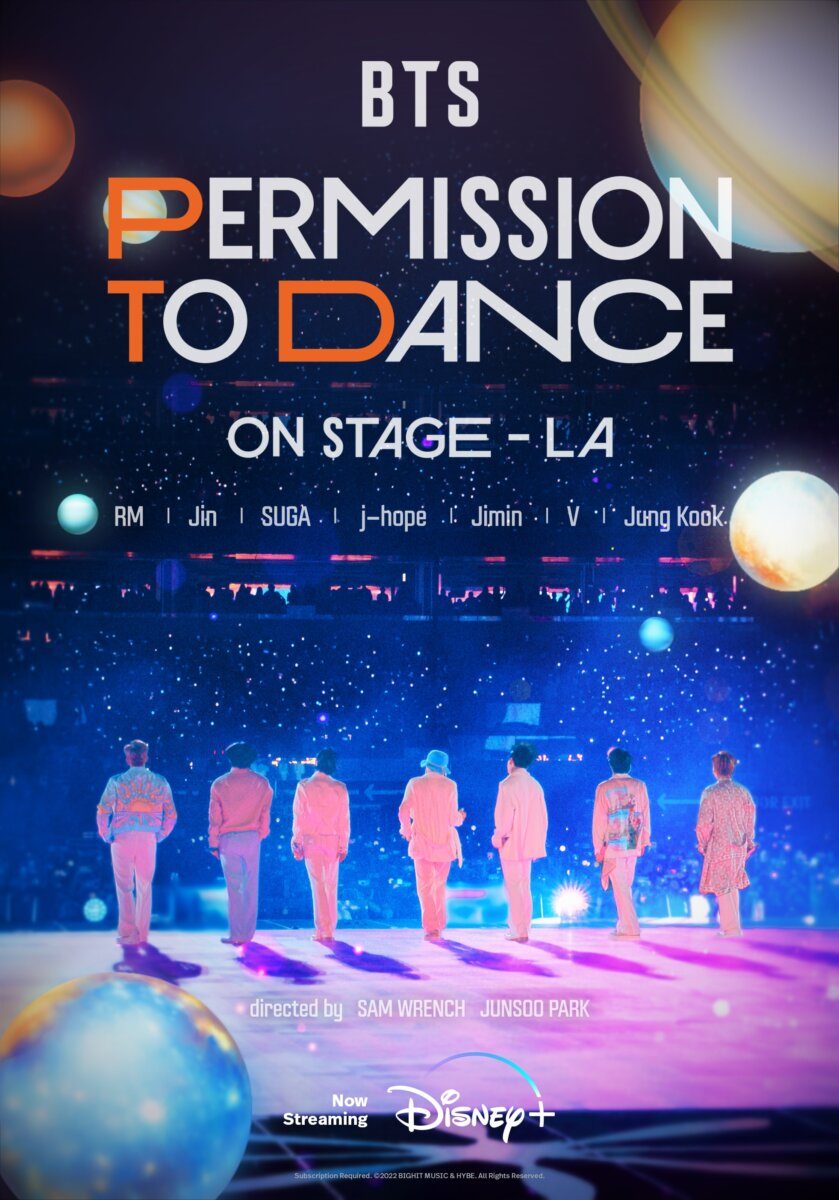 “BTS: PERMISSION TO DANCE ON STAGE – LA” showcases the live performance of the BTS concert held at the Los Angeles SoFi Stadium in late 2021 (Nov 27-28 & December 1-2). The concert film is stage-focused and includes performances of the GRAMMY®-nominated, music group’s hit songs “Dynamite”, “Butter” and “Permission to Dance.” BTS, an acronym of Bangtan Sonyeondan or “Beyond the Scene,” are a South Korean boy band that have been capturing the hearts of millions of fans globally since their debut in June 2013.