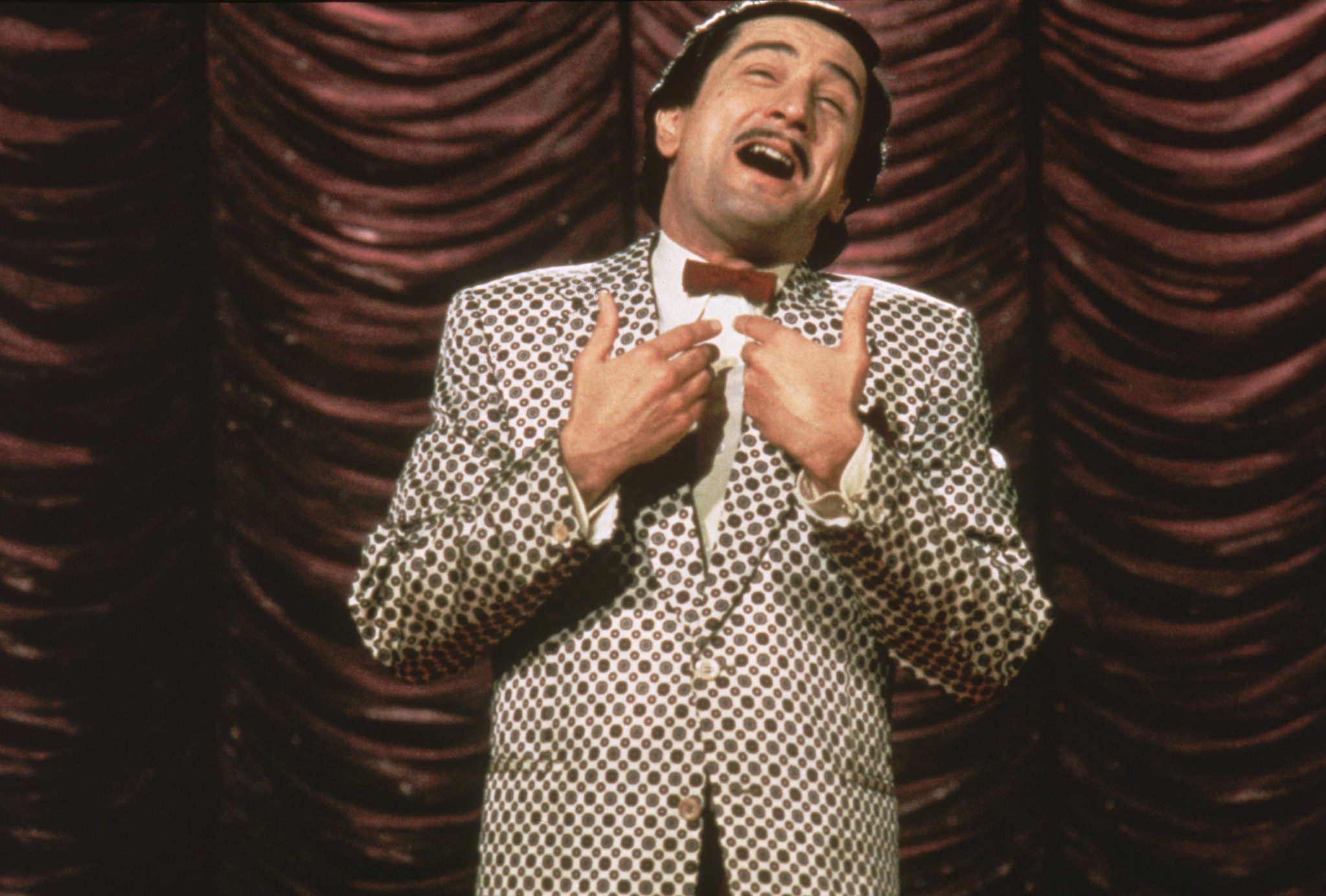 Rupert Pupkin is a passionate yet unsuccessful comic who craves nothing more than to be in the spotlight and to achieve this, he stalks and kidnaps his idol to take the spotlight for himself.

The King of Comedy Disney+ STREAM HER
Drama Film

Instruktør: Martin ScorseseManuskript: Paul D. ZimmermanMedvirkende: Robert De Niro, Jerry Lewis, Diahnne AbbottResumé: Rupert Pupkin is obsessed with becoming a comedy great. However, when he confronts his idol, talk show host Jerry Langford, with a plea to perform on the Jerry's show, he is only given the run-around. He does not give up, however, but persists in stalking Jerry until he gets what he wants. Eventually he must team up with his psychotic Langford-obsessed friend Masha to kidnap the talk show host in hopes of finally getting to perform his stand-up routine. ?Andrew Hyatt <[email protected]>