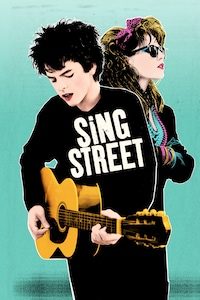 Instruktør: John CarneyManuskript: Simon Carmody, John CarneyMedvirkende: Ferdia Walsh-Peelo, Aidan Gillen, Maria Doyle KennedyResumé: As everybody moves to the beat of Pop music in early-1980s Dublin, sensitive teenager Conor struggles to cope with a tense family relationship, reconnect with his older brother Brendan, and, above all, deal with the hostile environment in his new public school. Then, one day, he sees her. Tall, with long chestnut hair, a buttery complexion, and big, dark eyes; an enigmatically beautiful girl standing in front of the school's gate, indolently observing people passing by. To get noticed by the distant girl, Raphina, Conor enlists the help of a group of teenage dreamers to form a band and, surprisingly, with every lyric he writes, the gap narrows; and with every song he plays, her heart brims over with affection. Now, before a sea of opportunities, what does the future hold for a brave love like this? ?Nick Riganas