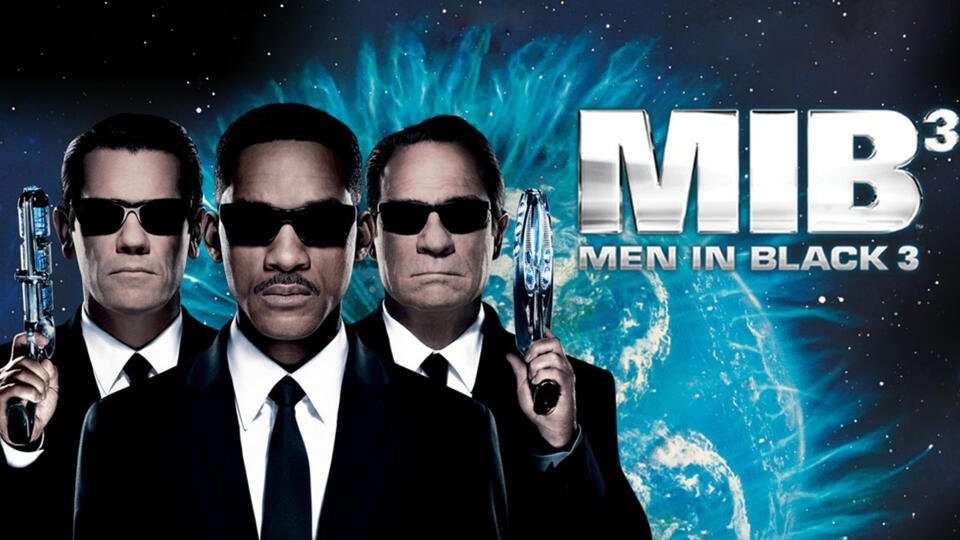 Agent J travels in time to M.I.B.'s early days in 1969 to stop an alien from assassinating his friend Agent K and changing history.

Instruktør: Barry SonnenfeldManuskript: Etan Cohen, Lowell CunninghamMedvirkende: Will Smith, Tommy Lee Jones, Josh BrolinResumé: After breaking out of LunarMax, a moon-based maximum security prison, Boris the Animal (Jemaine Clement) decides to go back in time and eliminate the person who arrested him - Agent K (Josh Brolin). When he does so, Agent J (Will Smith) realizes that the timeline has been changed and he too travels back to July 15, 1969, the day before Agent K is killed. After overcoming some disbelief, J manages to convince young K and others of just who he is and why he's there. With the help of Griffin (Michael Stuhlbarg), a being who can see all timelines, they track Boris down. J also learns a secret, something old Agent K (Tommy Lee Jones) had never told him. —garykmcd