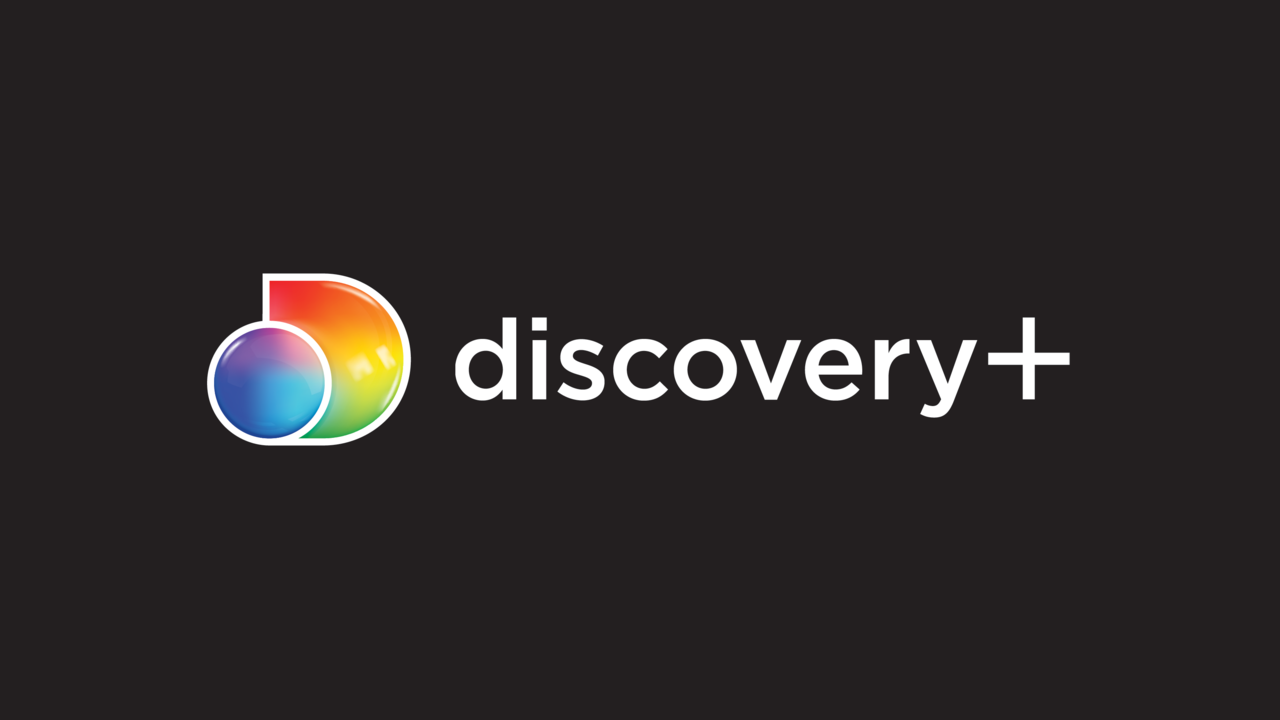 90 Day Bares All: Get ready for your favorite 90 Day couples to bare it all – the lies, the secrets and everything we couldn’t show on TV. Hosted by Shaun Robinson, this companion series to 90 Day Fiancé will put cast members in the hot seat where they reveal pivotal new information and speak completely uncensored. Exclusive content, must-see footage and all the stories behind 90 Day Fiancé.

90 Day Diaries: An intimate look into the lives of our couples, told from their perspective. Without producers or crew, the cast members film themselves in their day-to-day lives as they continue to navigate the COVID-19 pandemic and all of the new challenges it brings to their relationships.

90 Day Journey: The ultimate collection of 90 Day Fiancé stories for the 90 Day Superfan are now on demand. Each curated mini-series is made up of every single scene a beloved couple has appeared in across each show in the 90 Day Universe. Now fans can watch each couples’ story from the very beginning how and when they want to.

The Other Way Strikes Back!: Viewers will get a fresh look at the duos fans have come to know and love, sharing their home lives, behind-the-scenes details missed by cameras and addressing some of the most outrageous, cringe-worthy moments, and sassy social media and pillow talk commentary of the second season of The Other Way.

Long Island Medium: There in Spirit: Theresa Caputo has met the challenges that come with her gift of communicating with the departed for decades.  Now, in light of COVID-19 with widespread mourning and isolation, the stakes are even higher as Theresa delivers messages and readings without always leaving her home. This season will feature those who couldn’t say goodbye to their loved ones, and there’s always time for a little Hollywood, with your favorite celebrities receiving virtual readings.

Bobby and Giada in Italy: Longtime friends Bobby Flay and Giada De Laurentiis take viewers on a culinary tour of Italy. It’s the ultimate road trip across the most delicious country on earth.

Cakealikes: This comedic, ultimate cake off competition challenges experts to create life-size cakes that are the spitting image of famed celebrities. Hosted by Tregaye Fraser and judged by hyper realistic cake artist Natalie Sideserf, hilarious food commentator Kalen Allen, and a rotating guest judge, this panel will keep you laughing through every red carpet cake-win and cake-fail!

Duff’s Happy Fun Bake Time: Headlined by Duff Goldman who, along with a cast of hilarious fantastical puppets from The Jim Henson Company, teaches the basics of cooking and how ingredients work together to create the food we love. This new series equals fun for the whole family.

Foodways with Carla Hall (working title): Celebrity chef, Carla Hall, takes us on a global adventure exploring the unknown histories within today’s American food culture. Marveling over the food that makes America delicious, she will break bread with friends, new and old, as she works backwards to trace and uncover the origins of favorite bites and classic dishes.

Luda Can’t Cook: Ludacris is both a legendary rapper and successful restaurateur, but his skills in the kitchen don’t match his talent in the studio. We’ll watch as he gets schooled in cooking.

Mary McCartney Serves it Up: It’s the most delicious and delectable invite as home cook Mary McCartney invites us into her London kitchen to serve up family favorites and fabulous vegetarian food her friends adore.  In each episode, she’ll be joined by a famous friend, including Cameron Diaz and Nicole Richie, Dave Grohl, Kate Hudson, Gayle King, Mark Ronson and Liv Tyler.

Clipped: Hosted by actor Michael Urie, with lead judge Martha Stewart and her fellow judges, lifestyle/landscape expert Chris Lambton and renowned landscape designer Fernando Wong, this is the first-ever competition series set in the eye-popping world of Topiary.  Competitors are real life Edward Scissorhands who make breathtaking sculptures out of meticulously trimmed shrubbery, plants and flowers, creating colorful, larger-than-life living pieces.  High-stakes challenges include sculpting enormous animals or designing a living room with “furniture” made entirely of plants! Each week a topiarist is eliminated until one triumphs as “Clipped Champion” and wins a life-changing prize of $50,000.

Frozen in Time: Maureen McCormick and designer Dan Vickery overhaul homes that are stuck in a design time warp. Dan will update the structure, while Maureen sources beautiful decade-specific pieces to give the home a refreshed look and a wink to its original era.

Home Town: Ben’s Workshop: Master wood worker Ben Napier will share his expertise in craftsmanship and carpentry with celebrity guests including astronaut Scott Kelly, tennis legend Martina Navratilova, comedian Loni Love, and country singer Chris Lane. In this four-episode series, Ben’s visitors are in for a fun Southern experience – building iconic wood projects and making surprise visits to donate them to the community or a neighbor.

Queen of Meth: Meth didn’t start at our border, it started with Lori Arnold, sister of star Tom Arnold, in a cabin, in Iowa back in 1984.  By 1986 she was at the center of the country’s meth boom – the Queen Pin of a multimillion-dollar enterprise, manufacturing and distributing the drug throughout the Midwest. Now, for the first time, she tells her whole story.

American Detective with Joe Kenda: Lt. Joe Kenda, one of the toughest, most experienced homicide detectives in ID history, is back exclusively on discovery+ with an all-new series. Over the years, Kenda has heard about cases that defy logic – investigations so confounding that they feel more scripted in Hollywood than reality. In American Detective, Kenda trades in his own case files to bring viewers astounding investigations from across the country, with each episode featuring a different homicide detective whose tireless efforts helped put a killer behind bars and bring justice for the victim.

Onision: In Real Life: Greg Jackson, known to the world as “Onision,” discovered YouTube when the platform was still burgeoning in the digital world. And as the power of YouTube grew, the character “Onision” grew with it. Jackson amassed millions of subscribers across multiple channels, luring in viewers with his off-kilter, opinionated and dark humor. But while his channels were twisted, his real life might be more sinister. This cutting-edge investigative series explores the mystery, controversy and alleged criminality surrounding Greg Jackson, bringing forward new research and revelations about the man that the YouTube community loves to hate.

Pushing the Line: Imagine walking a thin, nylon line of rope stretched across a 900-foot gorge. For a select few, each day on the line, they push themselves and each other to do something bigger, crazier, harder than anyone’s ever done before. And each night, their campsite is a party where anything and everything goes. Day and night, it’s all about pushing the line.

Mysterious Planet: Narrated by David Schwimmer, Mysterious Planet is an epic journey to the ends of the earth. Combining humor with the awe and beauty of the natural world, this special looks to unlock the greatest mysteries behind the world’s most incredible species.

Six Degrees with Mike Rowe: Mike Rowe poses questions that no one has ever asked, and then, with a little help from his old buddy Chuck, provides unforgettable answers that prove every single thing is connected.

P.S., Burn This Letter Please: A box of letters, held in secret for nearly 60 years, ignites a five-year exploration into a part of LGBT history that has never been told. The letters open a window into a forgotten world where being yourself meant breaking the law and where the penalties for “masquerading” as a woman were swift and severe.

The Impossible Row: Documenting adventurer Colin O’Brady and his crew’s attempt at the world’s first completely human-powered ocean row across The Drake Passage, the most dangerous 600 miles of open ocean on Earth.

My Beautiful Stutter: Follows five kids who stutter, ages 9 to 18, from all over the United States and all walks of life, who, after experiencing a lifetime of bullying and stigmatization, meet other children who stutter at an interactive arts-based program, The Stuttering Association for the Young, based in New York City.

Beyond Borders: On the morning of August 13, pilot Juan-Peter Schulze (JP) and travel vlogger Louis Cole set off to circumnavigate the world in a single-engine, 1974 Cessna T210L aeroplane named Balloo. The duo had 81 days to complete the journey, with their return to California eagerly awaited by a large party of friends and followers. This is their journey.

The Parachute Murder Plot: The true story of a master manipulator. When Victoria Cilliers’ parachute failed, she survived against the odds, only to discover the shocking truth. Her own husband had just tried to murder her … for the second time. 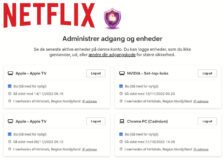 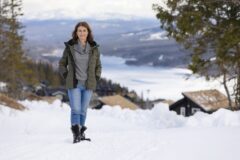 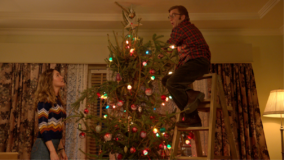